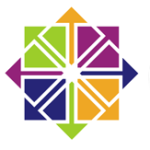 This script attempts to perform a fairly complete audit of the current configuration of a Raspberry Pi. The target hardware is any variant or model of Pi, including the Pi 4B in all it’s available memory configurations (1/2/4/8GB), the 400, and CM4. Supported OS versions include Raspbian Buster, and the newly renamed “Raspberry Pi OS”, in 32-bit versions. Expect things not to work on the 64-bit OS, while it is still beta. No attempts will be made to back-port this to older versions of Raspbian, nor will I port this to Ubuntu, OSMC, LibreELEC, or any other OS distribution available for the Pi.

BEGINNING WITH VERSION 3.0.0 OF THIS SCRIPT, SUPPORT FOR STRETCH HAS BEEN REMOVED. Version 2.1.2 will remain here for those who wish to run that version on Stretch, but 3.0.0 and later will require Buster.

A note about the BETA 64-Bit “Raspberry Pi OS”

I will not be testing the new 64-bit “Raspberry Pi OS” until it comes out of beta, as I prefer not to chase a moving target, especially this early in it’s development.

With all of that having been said…

The script is an “examination only” affair, making no attempts to add, delete, or change anything on the system. No re-configuration of any subsystem is done, nor does it attempt to install anything. It’s job is simply to report what it finds.

The intended audience for this script is any Pi user who wants to see how aspects of their Pi are currently equipped and configured, for general troubleshooting, confirmation, or education/curiosity purposes. In it’s inspection of a system, it does nothing that hasn’t already been done by any/all of the tools it calls upon. I’m just consolidating everything into one place. Deliberate attempts were made to make things easy to follow, and the coding style is meant for easy readability.

The script can be run as the user, and will call sudo only for those commands that need root privilege.

The script is designed to run with the bash shell. Just install, enable execute permission, and run it…

To update, ‘cd’ into the directory into which you originally installed system_info, and run the following command:

That should do it.

If, for any reason, git detects that your local copy has changed, and gives the following message…

… copy your local changed file to an alternate location, and run the following command to reset git’s pointers:

… and then re-try the “git pull”. This will overwrite your local changes with the update from github.

The following packages are required, to do a basic inspection:

The script will explicitly test that each of the above required packages is installed. If any are missing, the script will inform the user, and instruct them to install.

The following supplemental packages may also be utilized, to provide a more comprehensive examination:

A word about WiringPi

This allows sub-sets of the inspections to run. The last option on the menu allows the user to run all the categories without having to select every category individually, if desired. Any time the last selection is set, all categories will be executed regardless of any categories above it being marked selected or not. The user’s selections are saved to the file “.system_inforc” in the home directory of the userid that ran the script. Those selections are then recalled, and those same menu options auto-selected for you, the next time that userid runs the script.

All reports are saved to disk

If the supplemental package “sysbench” is installed, system_info includes functions to perform three different sysbench performance tests… the CPU, Memory read/write, and File I/O speed tests. The first two of these (CPU and Memory read/write) will be performed without user intervention. But because the last of these (the File I/O speed test) creates, writes, reads and deletes 128 files, 16Mb each (2GB total), most people will NOT want to do that much writing to their media (particularly those running on SD cards and SSD drives), on a regular basis. Hence, system_info’s default behavior is NOT to run the sysbench File I/O test under normal use.

A test & development shortcut that users may find useful

The use of a commandline parameter ignores whatever is saved in the user’s ${HOME}/.system_inforc file. It also does NOT update the rc file with whatever value was passed from the commandline. ONLY A SINGLE MAIN MENU OPTION NUMBER CAN BE SPECIFIED ON THE COMMANDLINE. However, if you specify option 17 (“system_info 17”), ALL main menu options will be executed, just as when that option is chosen via the menu. During my testing, the use of a commandline parameter just helps me more rapidly run what I need to test, without having to first deselect whatever may have been previously saved in my rc file.

If you write your own shell scripts, or would like to modify system_info to suit your own needs, see the file “DEBUGGING.md” for details of the built-in debug/trace facility built into system_info, as of version 2.0.4.

The script contains a rudimentary help screen, displayed when “–help” (or “-h”) is passed to the script, on the commandline:

The developer of the original code and/or files is me, Ken Cormack. Portions created by me are copyright 2020 Ken Cormack. All rights reserved.

You should have received a copy of the GNU General Public License along with this program; if not, write to the Free Software Foundation, Inc., 59 Temple Place – Suite 330, Boston, MA 02111-1307, USA.

Nothing in the GNU General Public License or any other license to use the code or files shall permit you to use my trademarks, service marks, or other intellectual property without my prior written consent.

If you have any questions, please contact me at unixken@yahoo.com.

This script was tested on the following hardware: